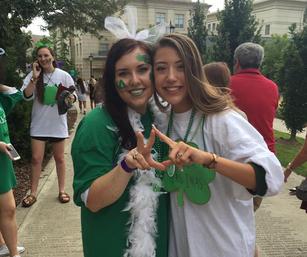 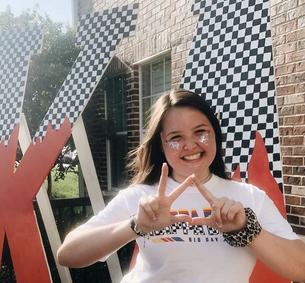 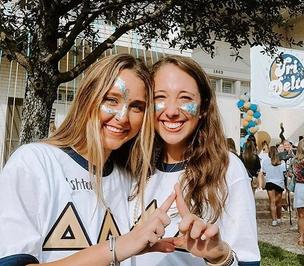 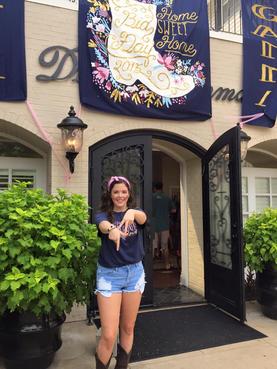 Bid - a formal invitation to join a specific sorority

Deferred Recruitment(formerly Deferred Rush) - formal recruitment that takes place at the beginning of the spring semester.

Formal Recruitment(formerly Rush) - the process of mutual selection between a prospective member and an active chapter.  Each potential new member is given the opportunity to attend parties hosted by all participating sororities. As recruitment progresses, the sorority members and potential new members go through a mutual selections process until the last day, then participants are offered an invitation (bid) to join a sorority chapter.

Greek - any member of a Greek letter social or community service organization (fraternity or sorority).

Initiation - the formal ceremony that marks the beginning of active membership.  Each chapter has a different set of requirements in order to be initiated.

Letter of Support - a letter written by a sorority alumna to her chapter on a college/university campus that is in addition to and supports the reference/recommendation form. Some colleges/universities DO NOT want letters of support. Check with your reference writer.

New Member (formerly a Pledge) - a member of a sorority who has not been initiated.

Potential New Member (PNM, formally a Rushee) - a college woman who has chosen to participate in the recruitment process.

Preferencing(Pref) - during the last part of recruitment, a potential new member determines which sorority she is willing to join by listing 3 sororities in order of preference.

Quota - the specified number of recruitment guests to which each sorority may extend a bid.

Recruitment Counselor - a sorority woman who has disaffiliated herself from her chapter during Formal Recruitment.  She is specially trained to assist Potential New Members throughout the recruitment process and to answer any questions they may have about sorority membership.

Reference Form (also called a Rec or Recommendation) - a form completed by a sorority alumna that introduces the PNM to the chapter of her sorority on campus. This does NOT guarantee a bid from any sorority, but is typically required.

Sister - a term used by sorority members to refer to one another.